An updated version of this post can be found here:
Installing ELK 7 (Elasticsearch, Logstash and Kibana) – Windows Server 2016

What is an ELK stack and why would you want one in your environment?

Elasticsearch, Logstash and Kibana (ELK) is the combination of 3 separate pieces of software from the same vendor, Elastic. The basic idea is that we will use Logstash to collect/parse/enrich our logs to be searched/analyzed using Elasticsearch. All of this information is easily accessed and visualized via Kibana which serves as the web based front end.

In my case I was looking for a free alternative to Splunk, which is fantastic but has some frustrating licensing limitations. I found that with around 10 lab VMs forwarding logs to the Splunk instance that I quickly went over the trial limit. Once the license limit is met for the day, it shuts off and can’t be used. Fed up with these limitations, I started looking into the ELK stack and I can honestly say I was not disappointed. The installation is a little bit trickier than Splunks but can easily be scripted once you are familiar with the packages and how they are installed.

So in this post I will demonstrating how to setup a basic ELK stack and start gathering logs from the Windows VM that ELK is running on. It is important to note that you do not want to expose this server to the internet for a few reasons but the most important being that there is no authentication on Kibanas interface.

For this lab I’ll be using a Windows 2012 R2 VM with 4 vCPUs, 4 Gb RAM and 50 Gb of HD space. The OS is just a base install of Server 2012 R2 Standard with all the latest updates and the Windows Firewall has been turned off.

You don’t need a huge server for this deployment but these applications can be a bit memory hungry and the faster the disk you can put this on the better. CPU usage varies but tends to be on the lighter side, you will see some spikes as new clients are brought on and mass logs are indexed on the way in.

Installs Needed on the ELK Server:

Preparing the server for the ELK install

The first thing we need to do on the server that we will be installing the ELK stack on is install the latest version of the Java JDK and create the JAVA_HOME system variable. I also recommend unzipping all of the packages (including the beats agents) to a common local directory that will be home for the installs – ex c:\ELK-Stack\.

To install Elasticsearch open a powershell prompt and type the following commands:

Now to install Logstash, we will use the Non-Sucking Service Manager to install it as a Windows Service so it starts automatically and we can tie it to some dependencies like the Elasticsearch Service.

Installing Beats on the ELK Server

Beats are the “data shippers” or agents that are deployed on clients that you would like to collect data and logs from so that it can be indexed and analyzed via the ELK Stack. 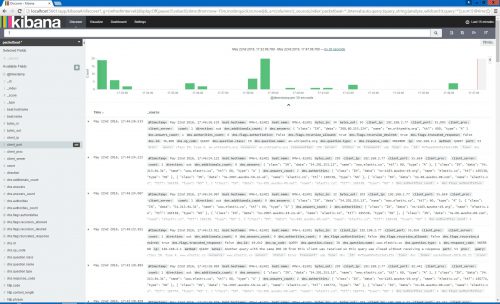 You can find the powershell install/cheat sheet script that I used in the video at the link below, just rename it to .ps1 prior to running it:
ELK-Install-Script.txt

This “script” is super basic and is really just all of the needed commands in order, commented out with the settings and any steps that need to be completed. It’s not meant to be anything fancy but does make quick work of the install. The script assumes all packages have been unzipped to c:\ELK-Stack.