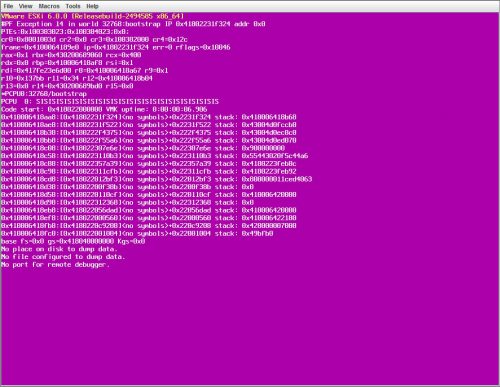 During the install of VMware ESXi 6 on my new Dell C2100 I ran into an issue where right before fully booting into the install it would consistently purple screen with the following error:
PF Exception 14 in world 32768

Looking up some basic information on this error pointed me in the direction of either incompatible hardware or a possible BIOS misconfiguration. I also noticed that while ESXi was booting the purple screen always seemed to happen around when it was loading some storage related components. Hoping it wasn’t simply incompatible hardware, I went to the BIOS…

After playing around with the BIOS configuration, I was able to narrow the issue down to Intel’s VT-d (Virtualization Technology for Directed I/O). By simply disabling this feature in the BIOS I was able to get ESXi 6 to install without issue. Now it is worth mentioning I have two different c2100 servers, one with 2x Quad-core CPUs/6iR and one with 2x Six-core CPUs/H700 and it was only the Six-core server that threw this error with VT-d enabled. 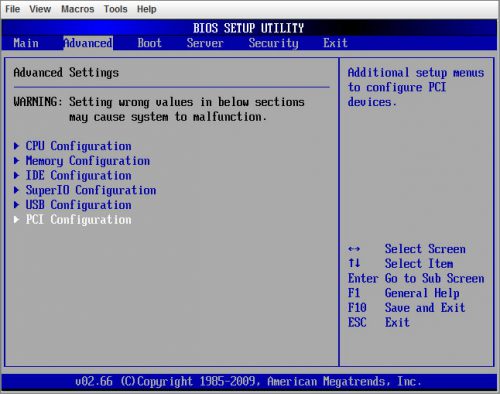 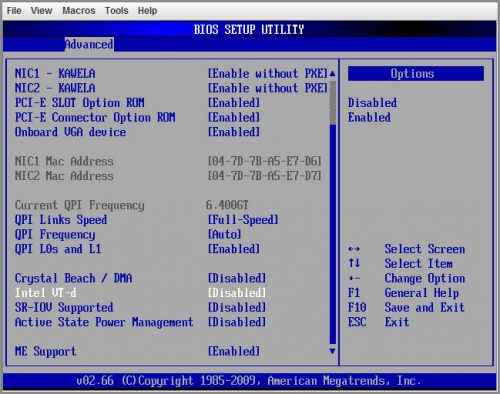